I was in two minds about posting today – it is after all just past mid week. I hadn’t added in my most recent edition of the Weekly Wayfarer from yesterday and had other things that were in need of going up here so I could knock them off my ever increasing “to-do” lists. So I should have posted already – which I didn’t – and was feeling too lazy to post something new. Conundrum!

So the solution? A combo posting in which I share this weeks Wayfarer (which you should really check out just for a good solid laugh!) and a book review that’s been pending for ages because I finished the book but never ended up putting in the review. Some things never change.

With that in mind, lets get to the review first and then move on to the funnies!

To start with I just want to say I’ve given this book 3 stars but wish I could give it a 3.5, but sadly goodreads won’t allow it!

I’m a fan of the Castle TV series from which this series of books has been spun-out – I love the humour, the cleverness and the intelligence of it that makes it a comedy, action, drama, procedural, mystery and so much more still.

It’s this style and feel that I have to admit I was looking for when I picked up the first Nikki Heat book – a book supposedly written by the shows co-lead, Richard Castle (Nathan Fillion), based on his muse and co-star Kate Beckett (Stana Katic). This is the second book in the series starring Detective Nikki Heat as she chases down murderers and similar scum with her team of detectives and others and both assisted and annoyed by journalist Jameson Rook.

I know.
It comes off sounding cheesy and sad considering the sheer volume of similarities, from the the number of characters, certain traits and relationship dynamics among other things. It made me think the first book would be cheap and cheesy and just cashing in on the shows success – but whoever is ghost writing these books really has something here.

Well worth a read if you like crime and detective stories with a human element to them and not just grim and gritty and brooding cop and cliche detective drama. No disrespect to all those kinds of stories, but there is such a thing as too much of a good thing, which unfortunately the people holding purse strings rarely understand clearly enough BUT fortunately for me and others like me, someone at ABC decided to take this shot and found an awesome scribe to ghost-write it – clearly I can’t be all wrong given that each book has been on the NYT best-seller list and the third one (that I haven’t even gotten to yet) in fact hit at #1.

The first book was good, but this one raises the bar and really takes the reader on a head-first, high speed thrill-ride as Heat and Rook get stuck with each other (after their awkward parting of ways in #1) as a very high profile new case hits.

Filled with public figures, power-play, drama, witty one-liners, great character and relationship building as the story progressed and a story-line itself that just wound you around and round its finger and kept you gripped and guessing – well I don’t think I need to convince you further that I loved it!

Not an award winning master-work, but one of the few crime novel/stories I’ve enjoyed this much in ages. It carries just enough of its parent TV show with it to make it familiar and learn from what makes it the much-loved series it is and then takes its own direction with everything from the relationships to choice of characters to emphasize and develop as well as creating cases for our heroes to deal with that feel original and not derivative.

View all my reviews

And now, to this past weeks hilarious wayfaring collection:

Welcome back! And you’ve indeed chosen a good time to drop in because today I’m bringing you something that I’ve been working on pretty much since I started reading comics, it’s kind of an old hobby now actually – comic panels and covers that are funny but not meant to be so!

Not clear what I mean? Well no worries, just scroll on down and take a look at some of the funniest stuff you’ll ever read, even more so because it was not meant to be funny at all!

To read/see more of these hilarious moments of unintentional humour – some even more *ahem* humorous than others, check out my full article HERE at ComicAddicts.

Till next time folks, a belated Happy Holidays, Merry Christmas, Jubilant Festivus, Habari Gani, Happy Hanukah and a Cheery Saturnalia (sorry if I missed out anyone!) to you all as we pass through this fine Winter Solstice to a new year of nigh-infinite possibilities ahead.

I don’t know if I will be able to post between now and the new year, but I leave you with best wishes for the season should I not, and I shall see you all in the New Year. I would have come up with a nice sentimental line to wish you all, but there’s no way I could beat this one so I share it with you. 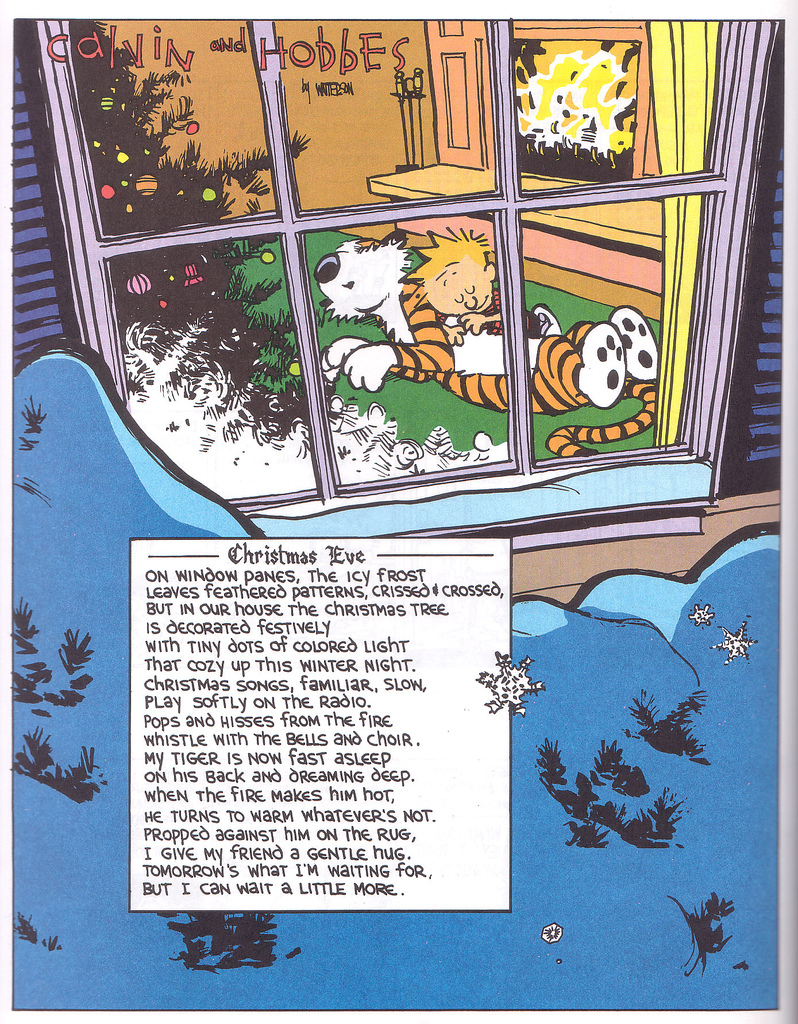