I got this in an email today and it gave me enough early-week amusement (especially in light of how world and local news has been…) that I decided to share it with you while I worked on the short story and other post that I have long-pending to post up here.

I will get to those A.S.A.P folks, I promise!

If you think modern politics is a dirty business, read what has been said about politics and politicians ever since the time of Plato in ancient Greece…

Those who are too wise to engage in politics are punished by being governed by those who are dumber.
(Plato, ancient Greek Philosopher)

We hang the petty thieves and appoint the great ones to public office.
(Aesop, Greek slave & fable author)

He knows nothing and thinks he knows everything. That points clearly to a political career.
(George Bernard Shaw)

In politics, as on the sickbed, people toss from side to side, thinking they will be more comfortable.
(Johann Wolfgang von Goethe, German poet) 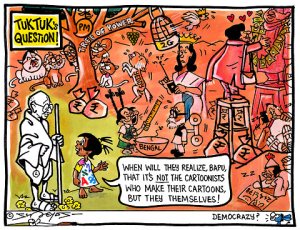 If there is anything a public servant hates to do, it is something for the public.
(Kin Hubbard, American humorist and journalist)

In politics, stupidity is not a handicap.
(Napoleon Bonaparte)

Never believe anything in politics until it has been officially denied.
(Otto Von Bismarck, Prussian statesman and prime
minister)

Politicians are the same everywhere.
They promise to build a bridge even where there is no river.
(Nikita Khrushchev, Soviet president) 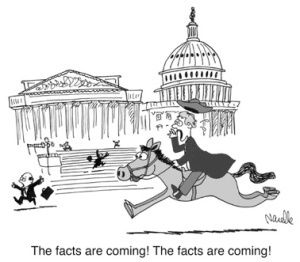